Congratulations! Your order qualifies for free shipping Free Shipping on All Orders You will receive one stone approximately 0.5"-1" on the longest side.

These are gorgeous, deep-red specimens, and are limited in number. 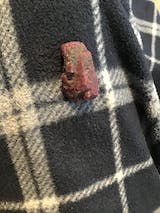 Ruby is my birthstone, but I plan to give this as a gift soon. It's wonderfully shaped and textured, and VERY pretty! Also fit nicely on the head of my sea pancake here, so that's a bonus!

(Also came very fast too! A+ as always!) 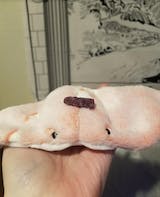 The stone is beautiful ❤️ I am very happy with all the products.

Received all items as pictured/described in great condition. Packaged well and shipping was fast